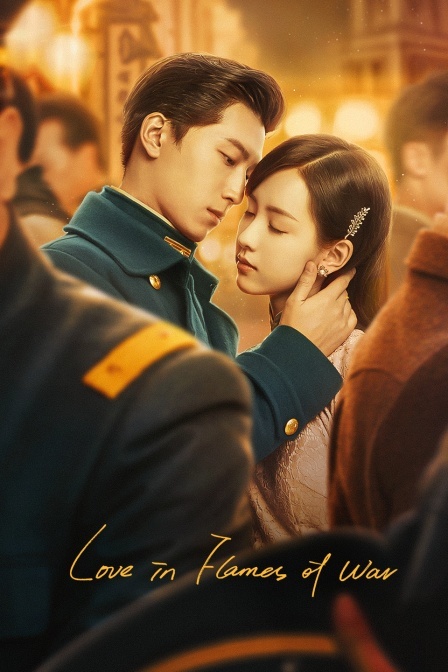 简介：During the Republic of China period, the young female talent, Lin Hangjing's father was framed and imprisoned, forcing her to seek help from her father's good friend, Marshal Xiao. Although she lived under a stranger's roof, she was neither submissive nor conceited. Her strong will and independence attracted the overbearing third young master of the Xiao family, Xiao Beichen. To train his son, Marshal Xiao sent Xiao Beichen to a military academy. Marshal Xiao's seventh wife promised Beichen that she would match him with Hangjing after his graduation. After five years of grueling training, Xiao Beichen matured into a steadfast soldier. While helping his father straighten up the army, he prepared to propose to Lin Hangjing. However, he quickly learned that she had already fallen in love with a hot-blooded young man named Mu Zizheng. As Lin's father fell into a crisis, Xiao Beichen and Lin Hangjing decided to enter into a contract marriage to save him. After the marriage, they went through all kinds of challenges, and their hearts slowly grew closer over time. Due to a misunderstanding, Hangjing went missing in a fire. After seven years of separation, during the war of resistance against the Japanese army broke out, Lin Hangjing, who had joined a patriotic resistance organization, returned to Beixin City. She tried to persuade Xiao Beichen to join hands in fending off the Japanese invaders. Because of his mother's illness, Mu Zizheng became a lapdog of the Japanese. He repeatedly put Xiao Beichen in danger and tried to kill him. Hangjing vowed with her life to stand by Xiao Beichen to the end. Eventually, the two managed to resolve the misunderstandings between them. Their love blossomed during the war and they swore to protect their homeland together.